LOVE is a Messy Business. Is it WORTH it?

This Love stuff is pretty insecure…

LOVE is a MESSY BUSINESS!

Scary, too. The risk when we decide to open our heart to another.  We have no guarantee it will ever come back! There is nothing so agonizing as the pain of love not returned.

So – shall we STOP giving? Keep that box of chocolates for ourselves until someone else gives us one of theirs? Or avoid love altogether and return to a safer existence of order and control?

Some people say, “THERE JUST ISN’T ENOUGH LOVE IN THE WORLD”

I think it’s more likely that there’s plenty of LOVE, but people are just stingy with it!

Regardless of their religious persuasion, most people would agree that ‘God is Love’.  God created us, so it belongs to all.

The great teachers of the world have given us the same truths:

If only we could all do that. But how?

Leo Tolstoy said, “The most important thing, and a difficult one, is to LOVE LIFE, for life is God, and to love Life, is to Love God.”

Pascal said, “Love has reason, that Reason does not know.”

But, people are afraid of the unknown…

Woody Allen said, “Everyone wants to go to Heaven, but nobody wants to die.”

In the 1958 movie, “The Inn of the Sixth Happiness”, the character played by Ingrid Bergman feels her heart calling her to serve the poor in China.  Everyone tells her she is making a mistake if she doesn’t plan her life better.  But her emphatic response is,

“The planned life is a closed life. It can be endured perhaps, but not lived!”  Luckily, she follows her heart, and finds more security in the unknown.

Joseph Campbell said, “We must be willing to get rid of the life we had planned to be able to have the life that is waiting for us.”

[dropshadowbox align=”none” effect=”lifted-both” width=”550px” height=”” background_color=”#ffffff” border_width=”1″ border_color=”#dddddd” ]“Love is giving the other person what they need the most when they deserve it the least.”[/dropshadowbox]

You can’t CONTROL love, but you can let yours out. And your store will grow as you do. 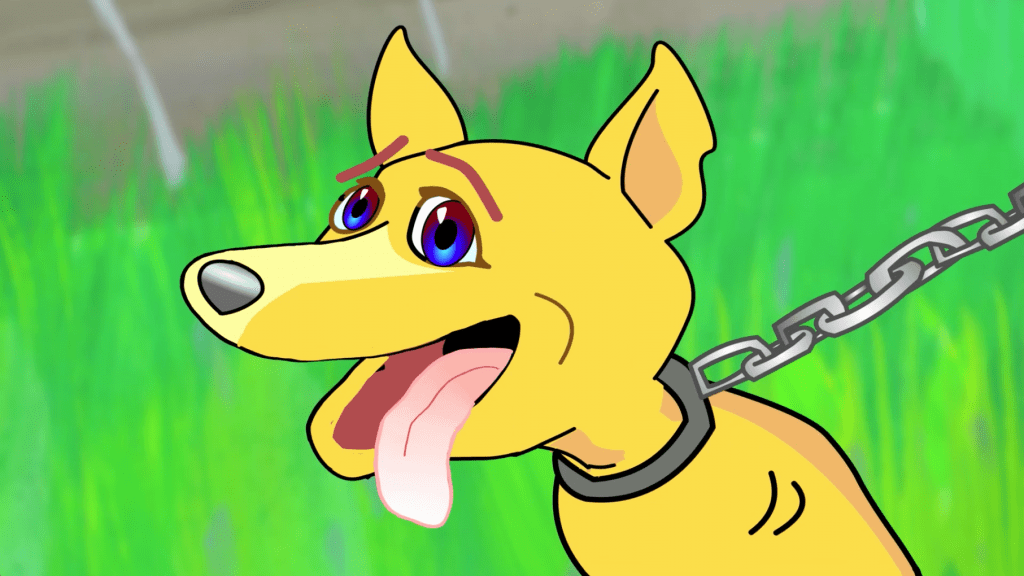 Someone said: “If all else fails you can always get a pet.” Love even crosses the boundary lines of species.

Speaking of dogs, Groucho Marx said, “The best friend outside of a dog, is a book. Inside of a dog it’s too dark to read.”

Whatever you do, LOVE is NEVER wasted. It makes the world a better place, and WILL come back to you, somehow, some way.

All you can do is:

And by the way, I need some of it too, if you have any to spare.

We’re all in this together – this leaky boat called Life.  So while we’re here,  let’s try not to poke holes in the other guy’s side of the boat! 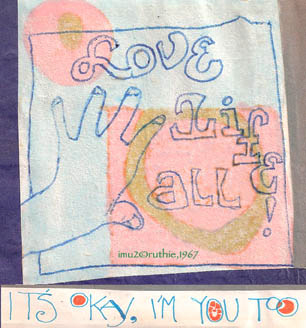 EDU Designs and GoMommyGO are reaching around the World!

While mailing off some materials to the island of Malta recently I suddenly realized how far we’ve come.  Since 2007 people all over the world have been getting benefited by the materials EDU Designs and GoMommyGO® provide. So I decided it was time to celebrate – with a MAP –  showing a quick view of the many states, countries and people represented by our scope of influence.  Even though I’ve never been to all these places physically – virtually, I have!

Are YOU in a place we haven’t been yet? Sign up for our free Newsletter and See how we can help! Visit http://www.edudesigns.org/ to examine our work with the Arts and Character Education. Even if you are not in our local area, check out what we can do for you.

If you have children or are a caregiver, you will definitely want to take advantage of the Free tips and Behavior Charts Illustrated by Award Winning Animation Artist Ruth Elliott.

PS – Did you know that EDU Designs stops BULLYING, too, with free posters you can download and print in any size? Just click on the link, & scroll down.

Kids will be glad you did!

Excerpt from “The Finland Phenomemon: Inside the world’s most surprising school system”,  By E.D. Kain,  Forbes, May 2, 2011

The Finland Phenomenon, from documentary filmmaker, Bob Compton, follows Dr. Tony Wagner through Finland’s extraordinary school system. It’s a short, to-the-point documentary, but it had quite an effect on me, if only because it illustrates so succinctly why our recent approach to education reform is so wrong-headed.

In Finland there are no standardized tests. In fact, there is really very little testing at all. Finnish teachers are not monitored or rated based on test scores, and teachers (as well as their students) have a great deal of autonomy. It is a system built on trust, and the film really drives home the notion that trust – rather than faux accountability – leads to real results, leads to teachers and students and members of government all wanting to live up to the trust given to them rather than simply scraping by.

Read the full article at Forbes.

Excerpt from “Education in Finland”

From Wikipedia, the free encyclopedia, 2 December 2011

The Finnish education system is an egalitarian Nordic system, with no tuition fees and with free meals served to full-time students. The present Finnish education system consists of well-funded and carefully thought out daycare programs (for babies and toddlers) and a one-year “pre-school” (or kindergarten for six-year olds); a nine-year compulsory basic comprehensive school (starting at age seven and ending at the age of sixteen); post-compulsory secondary general academic and vocational education; higher education (University and Polytechnical); and adult (lifelong, continuing) education. The Nordic strategy for achieving equality and excellence in education has been based on constructing a publicly funded comprehensive school system without selecting, tracking, or streaming students during their common basic education. Part of the strategy has been to spread the school network so that pupils have a school near their homes whenever possible or, if this is not feasible, e.g. in rural areas, to provide free transportation to more widely dispersed schools. Inclusive special education within the classroom and instructional efforts to minimize low achievement are also typical of Nordic educational systems.

Read the full article at Wikipedia.

Excerpt from : The Children Must Play: What the United States could learn from Finland about education reform”

While observing recess outside the Kallahti Comprehensive School on the eastern edge of Helsinki on a chilly day in April 2009, I asked Principal Timo Heikkinen if students go out when it’s very cold. Heikkinen said they do. I then asked Heikkinen if they go out when it’s very, very cold. Heikkinen smiled and said, “If minus 15 [Celsius] and windy, maybe not, but otherwise, yes. The children can’t learn if they don’t play. The children must play.”

In comparison to the United States and many other industrialized nations, the Finns have implemented a radically different model of educational reform—based on a balanced curriculum and professionalization, not testing. Not only do Finnish educational authorities provide students with far more recess than their U.S. counterparts—75 minutes a day in Finnish elementary schools versus an average of 27 minutes in the U.S.—but they also mandate lots of arts and crafts, more learning by doing, rigorous standards for teacher certification, higher teacher pay, and attractive working conditions. This is a far cry from the U.S. concentration on testing in reading and math since the enactment of No Child Left Behind in 2002, which has led school districts across the country, according to a survey by the Center on Education Policy, to significantly narrow their curricula. And the Finns’ efforts are paying off: In December, the results from the 2009 Program for International Student Assessment (PISA), an exam in reading, math, and science given every three years since 2000 to approximately 5,000 15-year-olds per nation around the world, revealed that, for the fourth consecutive time, Finnish students posted stellar scores. The United States, meanwhile, lagged in the middle of the pack.

In his State of the Union address, President Obama outlined his plans for reforming U.S. public education, including distributing competitive grants, raising test scores, and holding teachers accountable for student achievement. But there is much Finland can teach America’s reformers, and the rest of the world, about what outside of testing and rigid modes of management and assessment can make a nation’s schools truly excellent.

Read the full article at The New Republic.

Excerpt from “An Interview with Henna Virkkunen, Finland’s Minister of Education”

The Hechinger Report:  It’s well-known that Finland’s teachers are an elite bunch, with only top students offered the chance to become teachers. It’s also no secret that they are well-trained. But take us inside that training for a moment – what does it look like, specifically? How does teacher training in Finland differ from teacher training in other countries?

Virkkunen: It’s a difficult question. Our teachers are really good. One of the main reasons they are so good is because the teaching profession is one of the most famous careers in Finland, so young people want to become teachers. In Finland, we think that teachers are key for the future and it’s a very important profession—and that’s why all of the young, talented people want to become teachers. All of the teacher-training is run by universities in Finland, and all students do a five-year master’s degree.  Because they are studying at the university, teacher education is research-based. Students have a lot of supervised teacher-training during their studies. We have something called “training schools”—normally next to universities—where the student teaches and gets feedback from a trained supervisor.

Teachers in Finland can choose their own teaching methods and materials. They are experts of their own work, and they test their own pupils. I think this is also one of the reasons why teaching is such an attractive profession in Finland because teachers are working like academic experts with their own pupils in schools.

Read the full interview at The Hechinger Report.

Excerpt from “Finnish Lesson #3: What we can learn from Educational change in Finland”

…the first lesson that Finland offers to other educational reformers is that whole-system reform can be successful only if it is inspiring to all involved and thereby energizes people to work together for intended improvement. I often use the thinking of Martin Luther King as an example of an inspiring dream that moves people. Dr. King’s dream was not that his country would have a 5-percent annual economic growth rate. That wouldn’t have inspired many people. Similarly, making a country number one in PISA rankings doesn’t excite too many educators. The Finnish Dream since the 1970s has been to provide a good public school for every child in the country. This goal inspired many and was a source of energy that was needed to push through necessary political and educational changes. It was powerful enough to bring different people and political groups to join forces for fulfillment of this dream. The Finnish Dream looks like the dream of John F. Kennedy in 1961: to put a man on the moon by the end of the decade. It was challenging, required hard work and political consensus, but in the end rewarded the entire nation through its outcomes.

Second, some observers have concluded that the secret of Finnish educational success is its well-trained teachers. Yes, it is true that teachers and leaders have higher academic education in Finland than in many other countries. But that alone is not the way to whole-system change. What is significant in the Finnish approach is that it has focused on improving the professional knowledge and skills of teachers and leaders as a collective group, not only as individuals, which is the common practice in many current reform programs elsewhere. Finnish teachers learn to work together with other teachers…

Read the full post at The Pasi Sahlberg Blog.

Edu Designs is a 501(c)(3) non-profit organization which produces and distributes multimedia materials for the education, motivation and character development of children.